Everybody SHOULD Ride the Bus in LA! 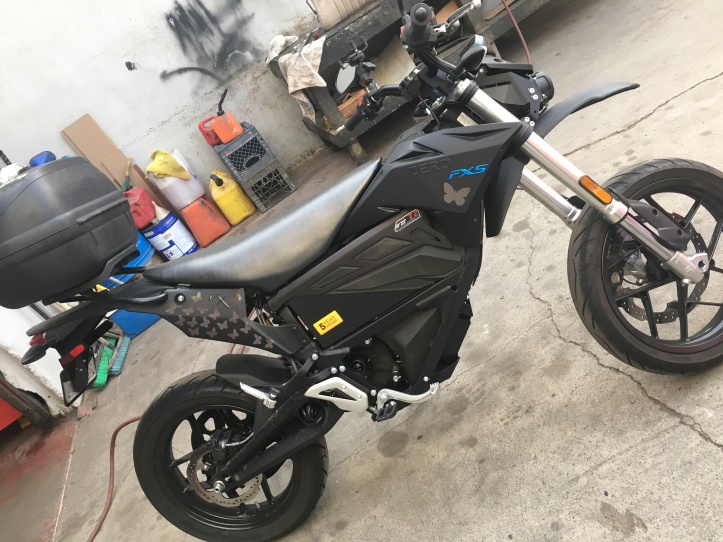 Today I took my new Zero to a shop in Culver City to get the seat fixed. It was too short, now I love it! The story of how I got home is far more interesting…

I checked to see how long it’d take on the bus. 1:40. No thanks. Lyft claimed they could do it in :40. So I took Lyft line. And he immediately got on the 10. At rush hour. And stayed there. By the time we got to the 110, I was so bored I decided to get out downtown, run some errands, and take a Metro bus the rest of the way home.

If I lived downtown, or anywhere served by the Metro rail lines, Lyft wouldn’t even have been an option. The shop was only a mile from the metro station, an easy walk for this ex-New Yorker. I really miss living someplace walkable. DTLA is currently too expensive and too choked with the dust of construction and all the diesel vehicles serving those sites. Most of the rest of LA isn’t walkable. Yet.

Walking through DTLA is one of my favorite pastimes, and taking the bus home was fun too. It was so enjoyable, I took the bus the whole way back to pick up my bike the next day. Which wouldn’t have been ideal if I had to be somewhere, but my schedule was pretty open. I like the busses that don’t have that black mesh on the window. Those huge windows make for a far more entertaining trip watching the scenery pass by. For instance, I saw a homeless encampment high on a hill in echo park I’d never have noticed from a car window. And a stunning Victorian in Pico-Union I’d never glimpsed before.

Metro has an Office of Extraordinary Innovation currently doing a study to determine how best they can compete against the rideshare apps stealing their customers. I fear that by the time their study is complete, they’ll have been innovated out of business. Yes, riding the bus in LA is slow and tedious. Yes, we need those tunnel boring machines to dig faster. But what can we do to ensure LA doesn’t just give up on Metro entirely in the meantime? At Move LA’s conference, they were pretty optimistic. But more people keep moving here, and all stuck in this old LA mentality they saw in some stupid movie where everyone has a car.

My hopes are for more Metro bikes, especially along the LA River. While I don’t want Metro to steal all of Spoke & Coco’s bike rental biz, I’d sure like to be able to use one to commute while my bicycle is waiting for its fly paint job. It’d also be great if Metro would just dive in and do some test routes. By compiling TAP card swipe data, they could see which connections are most common and come up with more direct routes. Or even try some rideshares themselves, using DASH buses to serve “smart routes” or something. I know that once we have enough affordable housing in central LA, and a complete* Metro rail system, LA will be an awesome place to live.

* I won’t consider it complete until there’s a subway under the Sepulveda pass, from the valley to the airport.

More pix from my trip…